WW2 Bailey Bridges in Ripon and the Royal Engineers... 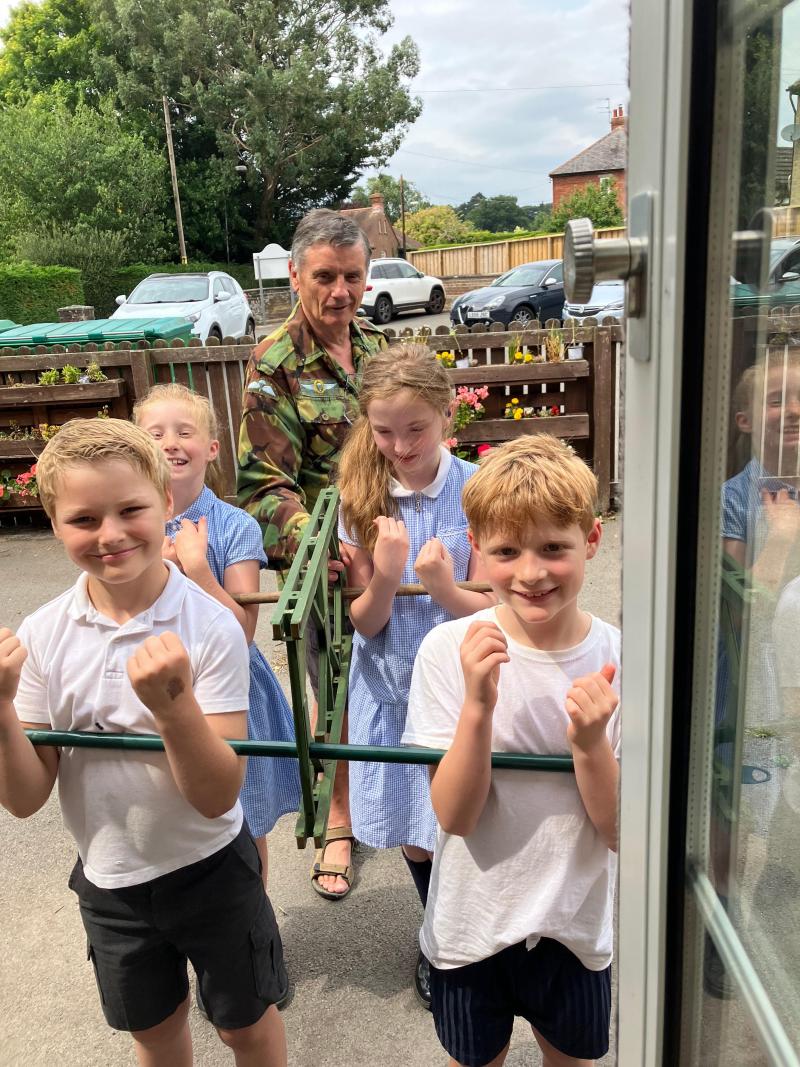 This week, we were lucky to have Mr Hart ( a former Royal Engineer and Mrs Dixon's Dad) come to speak to us about the role of the Bailey Bridge in World War Two.

Mr Hart explained that originally the Bailey Bridges were built and tested in the South of England; can you remember why they were moved to Ripon?

We were told all about the practicalities of the bridge and how it could be built quickly by the army and was strong enough to support tanks and other vehicles that had much-needed supplies for the troops.  Mr Hart explained that the rivers around Ripon were extremely important for testing these bridges and for training the soldiers that were going to be building them in Europe.  Each section weighed 600kg, so there were six soldiers carrying 100kg each - sometimes while being shot at by the enemy!

We got to look at models of the different types of military vehicles and Mr Hart explained the roles of different types of bridges used by the army in the war.  We also know that there is a Bailey bridge in Ripon at Laver Banks that you could visit over the summer holidays with your family.

As always, Class 4 had lots of questions and listened really well to all of the information.  I was particularly pleased that so many of the children were keen to share information with Mr Hart about their family members,  who had played an important role in World War Two.

Such a lovely, informative afternoon; thank you Mr Hart and well done Class 4.